Rules on the Water

These Rules on the Water apply to training and regattas on the Rotsee. They comply with the Regulation on the Protection of the Rotsee and its shores of 30th April 2013.

As owners of the Rowing Centre, the Lucerne –Rotsee Rowing Centre Foundation is responsible for the enforcement of these regulations (Rules on the Water).

The Rules of the Water govern:

Authorisation for the Use of the Rotsee

According to the Regulation on the Protection of the Rotsee and its shores of 30th April 2013, the Rotsee may only be used for rowing training from May 1st until October 15th.

All members of the Swiss Rowing Association preparing for a national or an international regatta are entitled to train on the Rotsee.

Notice for any use must be submitted in advance to the Luzern-Rotsee Rowing Centre Foundation and is subject to charge. Squad sessions of the Swiss Rowing Association as well as training involving the three Lucerne rowing clubs are exceptions to this regulation.

For training purposes, international regatta teams can obtain the right to hospitality for a fee from the Lucerne-Rotsee Rowing Centre Foundation.

In order to counteract overuse of the Rotsee, its use for other sports is allowed in only exceptional cases and with the permission of the Lucerne-Rotsee Rowing Centre Foundation

Rules on the Water

To ensure safety, a buoy rope will be installed when the lake is in use for rowing from May 1st until October 15th for a clear delineation of the lanes. The Lucerne-Rotsee Rowing Centre Foundation is responsible for its installation. The lake may only be crossed at the start and finish zones. 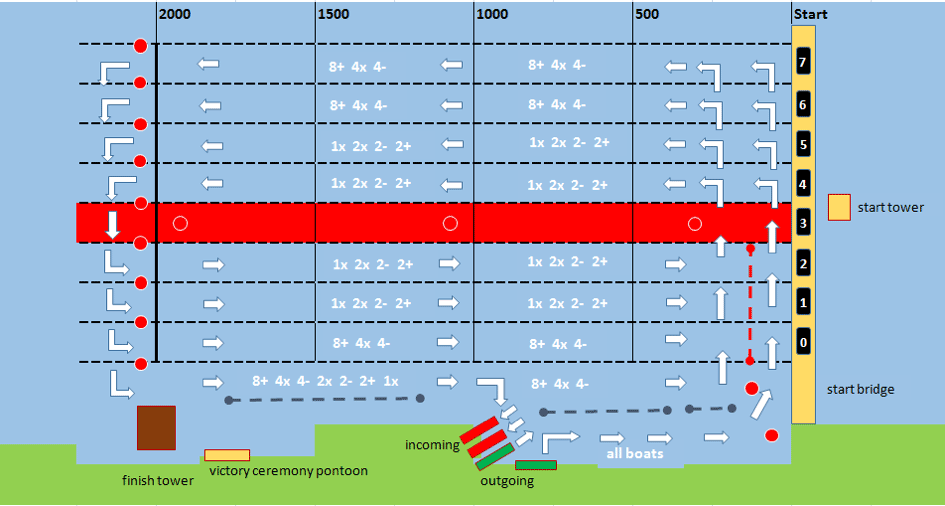 Bathing in the lake, apart from the public baths in Ebikon-Rotsee, is generally forbidden.

The use of motorboats for training purposes in not permitted.

These regulations (Rules on the Water) come into force on 01.05.2016 and replace the previous directives for rowing and training on the Rotsee from September 1992.

The Rotsee is a protected area which is reserved not only for rowers. Please ensure that the terms and conditions of use of this special recreation area are adhered to. In the “Terms of Use” menu, all the information you might need before your first training can be found or downloaded.